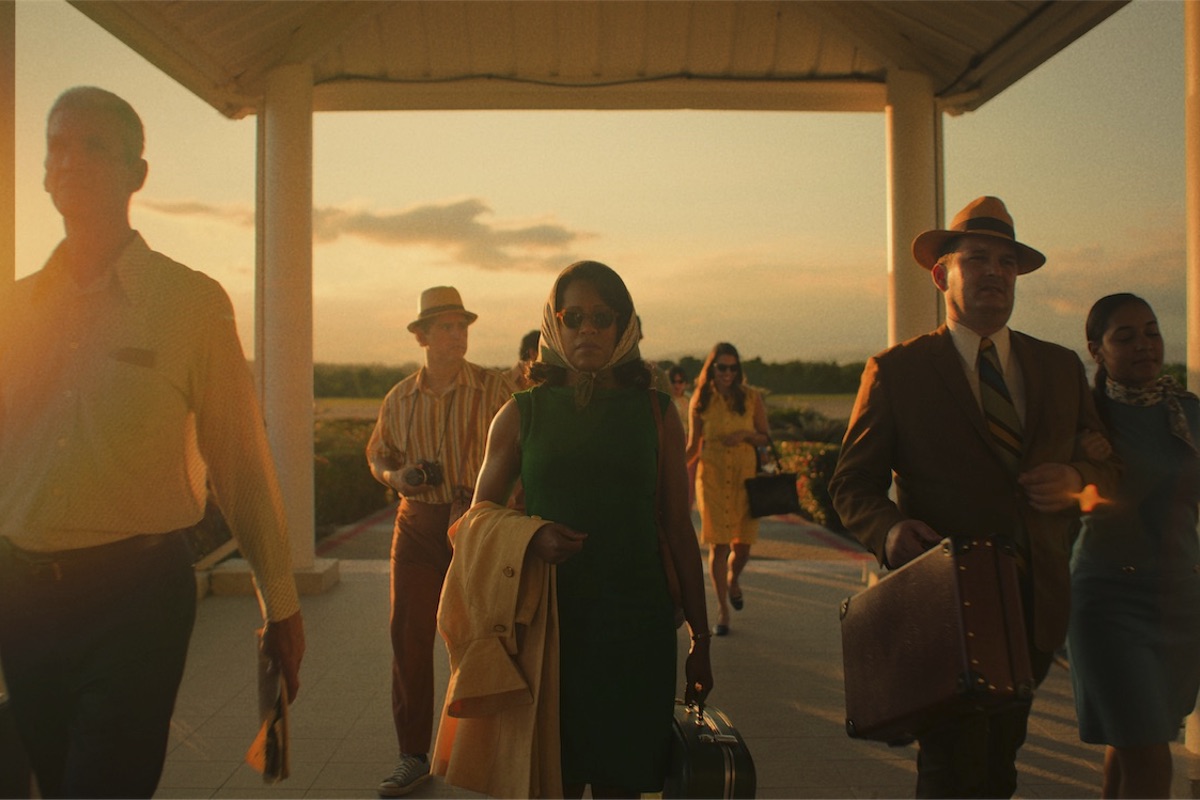 Did you know some of these productions were shot in the Dominican Republic?

he Dominican Republic has been host to a number of TV series and films, many of which you probably never would have thought were filmed in the DR. Here’s a quick look at just some of the productions shot in the area.

This miniseries, released in 2019, follows ten people who find themselves on the shores of a seemingly deserted tropical island. The production shows off the diverse natural settings and beautiful landmarks the DR has to offer. It was shot in one of the most beautiful beaches of Samaná, Lanza Beach, and in Pinewood Dominican Republic Studios.

While set in Miami, the Dominican Republic provided a secure filming location for The Day Shall Come, which was filmed in secret throughout 2017 and 2018. Producers loved that the DR features a lot of infrastructure built on an American plan. Some of the locations used were Club Hemingway at Juan Dolio, the town of San Pedro de Macorís, and the offices at Pinewood Dominican Republic Studios.

The Long Song was first released in 2018 and it is still being broadcast today in 2020. A TV series adapted from the award-winning novel by Andrea Levy, it follows July, a slave who lives in a sugar plantation with her mistress Caroline during the final days of slavery in 19th-century Jamaica.

The DR was a fantastic location as it perfectly doubled the architecture and natural topography of Jamaica during that era. The Long Song used the historic sugar plantation villages in San Pedro de Macorís and the grounds of the Peninsula House — a boutique hotel in Samaná modeled after Georgian plantation houses — to mimic a Jamaican plantation site. Likewise, the renowned tourist attraction Altos de Chavón was used to double for the Jamaican port town of Falmouth.

This dramatic romance film follows a woman who seeks to embrace her pregnancy as she works with her family to prove the innocence of her lover and childhood friend.

Portions of the movie that were supposed to be set in Puerto Rico were actually filmed in the Dominican Republic. The production made great use of Santo Domingo’s colonial district as
a double for the streets and businesses located in Puerto Rico’s Old San Juan in the 1970s. The other main DR location used was the Joaquin Balaguer International Airport in Northern Santo Domingo, which stood in for the San Juan International Airport during a riveting scene in which Regina King, who won an Oscar for her supporting role in this film, arrives in Puerto Rico.

This movie continues the saga of Xander Cage, who placed himself in self-imposed exile in the Dominican Republic after faking his own death. The movie was filmed at Pinewood Studios, partially in Toronto, but primarily on location in the Dominican Republic, where the production made use of the 60,500 sq. ft. Horizon Water Tank, among other facilities.

Set in Mexico, 47 Meters Down is a survival horror film primarily produced in the DR. Most of the movie is set in the open sea, so the DR proved to be the ideal spot thanks to its beautiful coastline and weather conditions. The majority of the action took place underwater, making perfect use of the Pinewood Horizon Water Tank. Beachside cabanas and crystalline blue waters in Punta Cana also helped to bring the Mexican setting alive.

True Memoirs of an International Assassin (2016)

While filming for this action comedy started in Atlanta, Georgia, producers soon took it to the DR where filming was completed in early 2016. Architecture was of primary importance to establish the movie’s foreign setting, and the Dominican Republic did not disappoint.

The movie was set in Venezuela, but the DR offered unparalleled colonial architecture in Santo Domingo’s old district, which producers considered perfect for their film — a decision countless other filmmakers have made over the years. All the tropical jungle scenes were also shot in the country, making the most out of the DR’s incredible diversity.

These are just a few of the projects that found a production home in the Dominican Republic, but you can find the whole list in imdb.com. We invite you to take advantage of the many benefits that the DR provides for producing and filming in this tropical paradise.