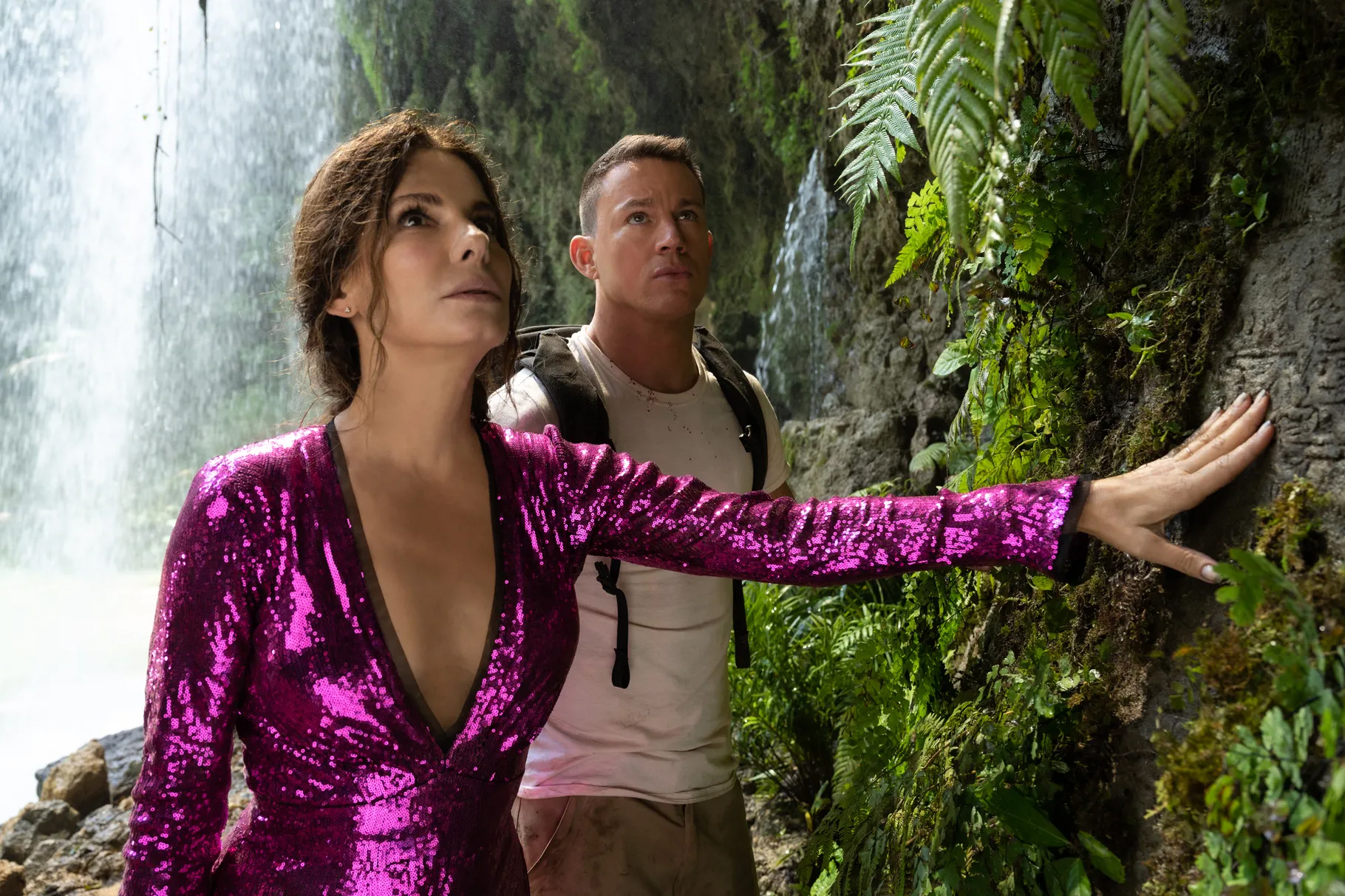 Sandra Bullock and Channing Tatum are whisked away to a mysterious island in the middle of the Atlantic Ocean in their new movie The Lost City, but the real life location is perhaps even more scenic.

Daniel Radcliffe plays the villain who kidnaps Bullock’s romance novelist Loretta while Tatum plays her book cover model Alan who tries to save her.

What ensues is a marauding adventure on a beautifully tropical island as they race to find a valuable hidden treasure.

The movie is out in theaters now and anyone who’s watched the romcom adventure may come away wondering which real life location was used to portray the mysterious island and the titular lost city.

Newsweek has everything you need to know about where The Lost City was filmed.

Bullock, Tatum, Radcliffe and even Brad Pitt are seen adventuring through the lush terrain of this unnamed island in The Lost City, but they’re actually in the Dominican Republic.

The Dominican Republic has been used for a number of big budget movies in the past including M. Night Shyamalan’s Old, The Godfather, Apocalypse Now and multiple seasons of the TV show Survivor.

For The Lost City, filming specifically was held around Samana, Santo Domingo and Casa de Campo. Some parts of the movie, including the underwater sequences, were also shot on the UK-owned Pinewood Dominican Republic Studios.

Some crucial moments of the movie can be recognized in real life. Bullock and Tatum’s characters visit a waterfall which looks very similar to the Waterfalls of Bayaguana, Monte Plata.

During production and after the release of the movie, Tatum shared behind the scenes pictures and footage of his time with Bullock on set in the Dominican Republic.

In May 2021 he shared an image of himself posing with Bullock as they’re waist deep in a river. This was the first look their fans had at The Lost City, or The Lost City of D as it was called at the time.

On August 16, 2021 he shared a video of himself and Bullock on their last day of shooting. To celebrate, he picks his co-star up and jumps into a pool, which is the “Exterior Tank” set at Pinewood Dominican Republic Studios by San Pedro De Macoris.

Based on the clothing worn by Bullock in the video, we know this was used for the scene towards the end of the movie where Loretta and Alan attempt to escape the caves of the lost city.

That’s a wrap on #LostCityOfD. I love this movie so much I don’t have words. I also don’t have words for how special Sandy Bullock is. We definitely were made in the same lab & share a brain at times. I ❤️ U girl. As U can see I’ll ride your coattails anywhere anytime forever. 🤣 pic.twitter.com/yAXAf5D4x6

Then on Monday March 21, in anticipation of The Lost City coming out, Tatum shared an image of himself and Bullock climbing rocks while attached to a harness. We know it’s taken on a cliffside on set as he tagged the Dominican Republic as the location.

The Lost City, starring Sandra Bullock, Channing Tatum, Daniel Radcliffe and Brad Pitt, is out in movie theaters in the United States and Canada now.

The Lost City, starring Sandra Bullock, Channing Tatum, Daniel Radcliffe and Brad Pitt, is out in movie theaters in the United States and Canada now.